Measurement principle
The Laser-Doppler Velocimetry
Laser surface velocimeters work according to the Laser Doppler Principle and evaluate the laser light scattered back from a moving object or surface. Polytec’s LSVs are based on the very challenging and sophisticated heterodyne detection method. Unlike conventional non-contact methods which measure only the absolute value of the velocity, Polytec’s LSVs can also detect changes in the object’s direction and even standstill conditions. The measurement precision is not dependent on the velocity, so even very small movements can be precisely recorded.

The Differencial Doppler Technique
To perform a speed measurement on moving objects, which can in principle be of any length, you require a measurement setup with a sensor which is mounted perpendicular to the surface it is measuring on. Polytec velocimeters work according to the so-called Differential Doppler Technique. Here, two laser beams – which are each incident to the optical axis at an angle φ – are superimposed on the surface of the sample. For a point P, which moves at velocity v through the intersection point of the two laser beams, the frequencies of the two laser beams are Doppler shifted in accordance with the above formula.

If a particle moves through the fringe pattern, then the intensity of the light it scatters back is modulated. As a result of this, a photo receiver in the sensor head generates an AC signal, the frequency fD of which is directly proportional to the velocity component of the surface in measurement direction vp, and it can be said that: The value λ/sin φ makes up the material measure for the velocity and length measurement.

The modulation frequency is determined in the controller using Fourier transformation and converted into the measurement value for the velocity vp. The length measurement is performed by integrating the velocity signal.
Polytec laser surface velocimeters, known as LSVs for short, provide you with support when you’re monitoring continuous material and piece goods in the production process. They can be integrated in a very flexible way, are convenient to set up and yet are extremely easy to use and dependable in operation. It doesn’t matter whether you’re producing belts, pipes or profiles with a shiny or a matt surface – a Polytec LSV adapts to any task and measures the surface velocity and cut lengths of the items with zero contact and from a safe distance.
The LSV product line includes compact sensors, modular systems and models certified according to MID.

Main features: Software offers 30-day TRIAL VERSION and FULL VERSION, which is available from a local distributor of Polytec. The licence is bound to the seriál number of the Polytec measuring head.
LSV Logger - More Information
LSV Logger - Brochure download 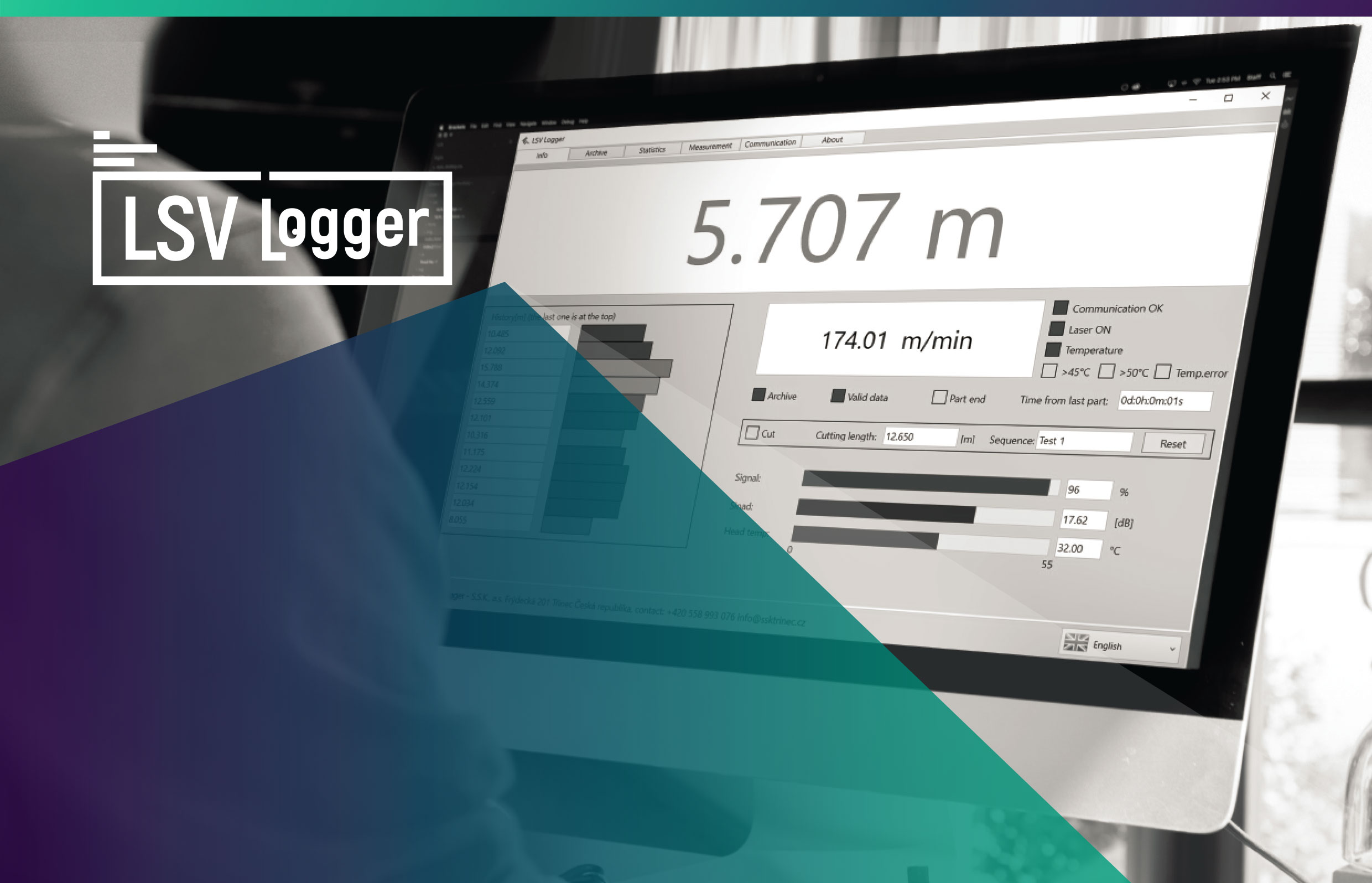 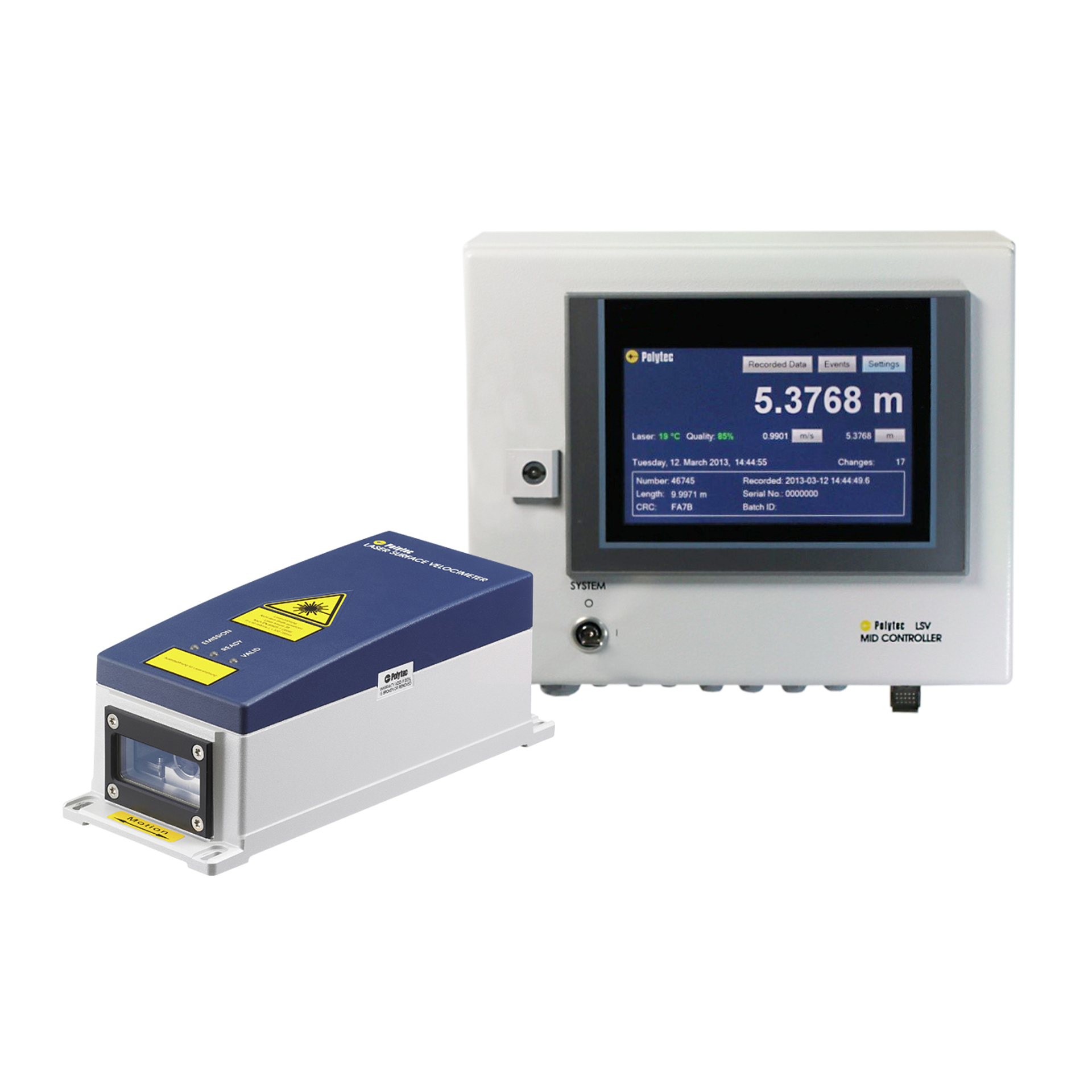 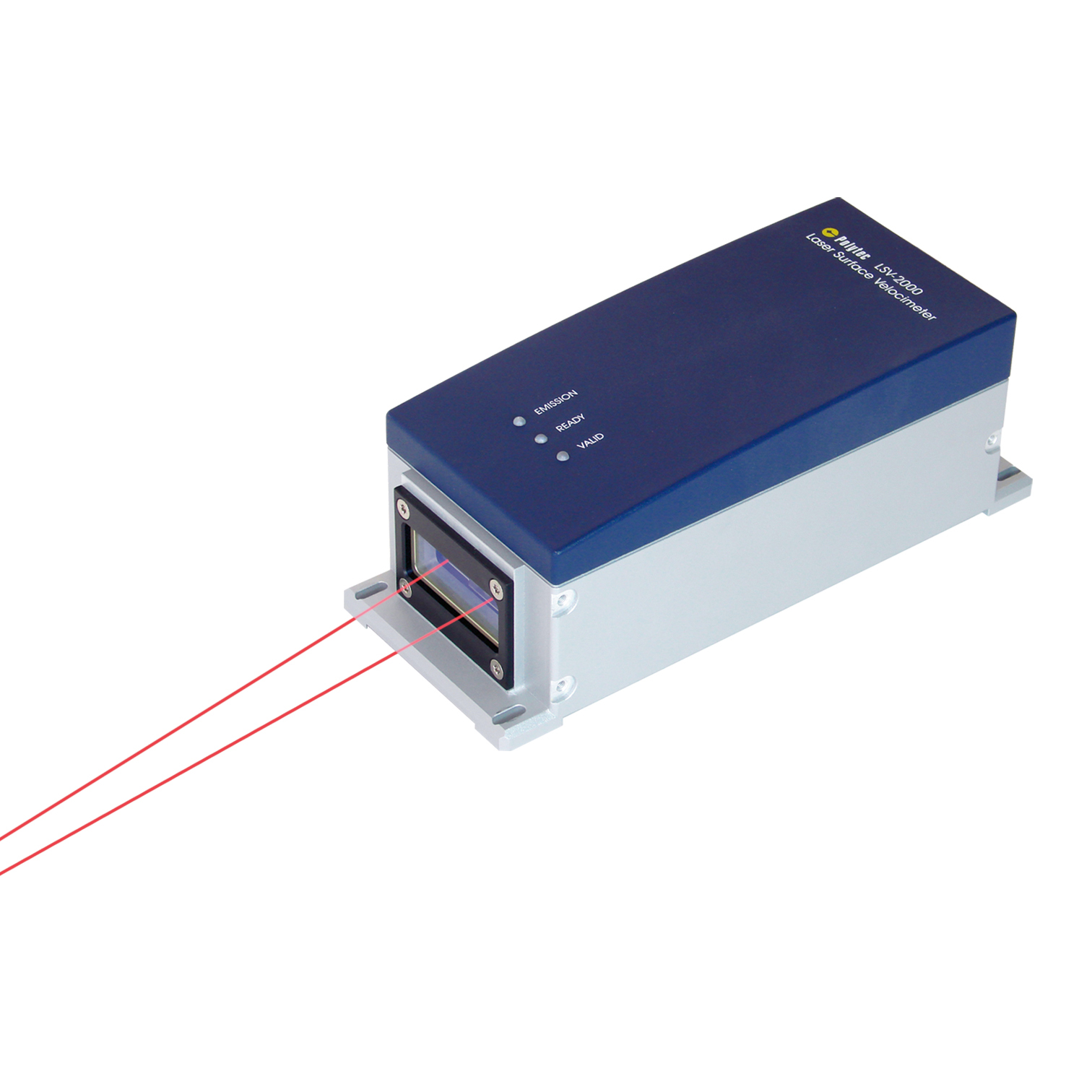 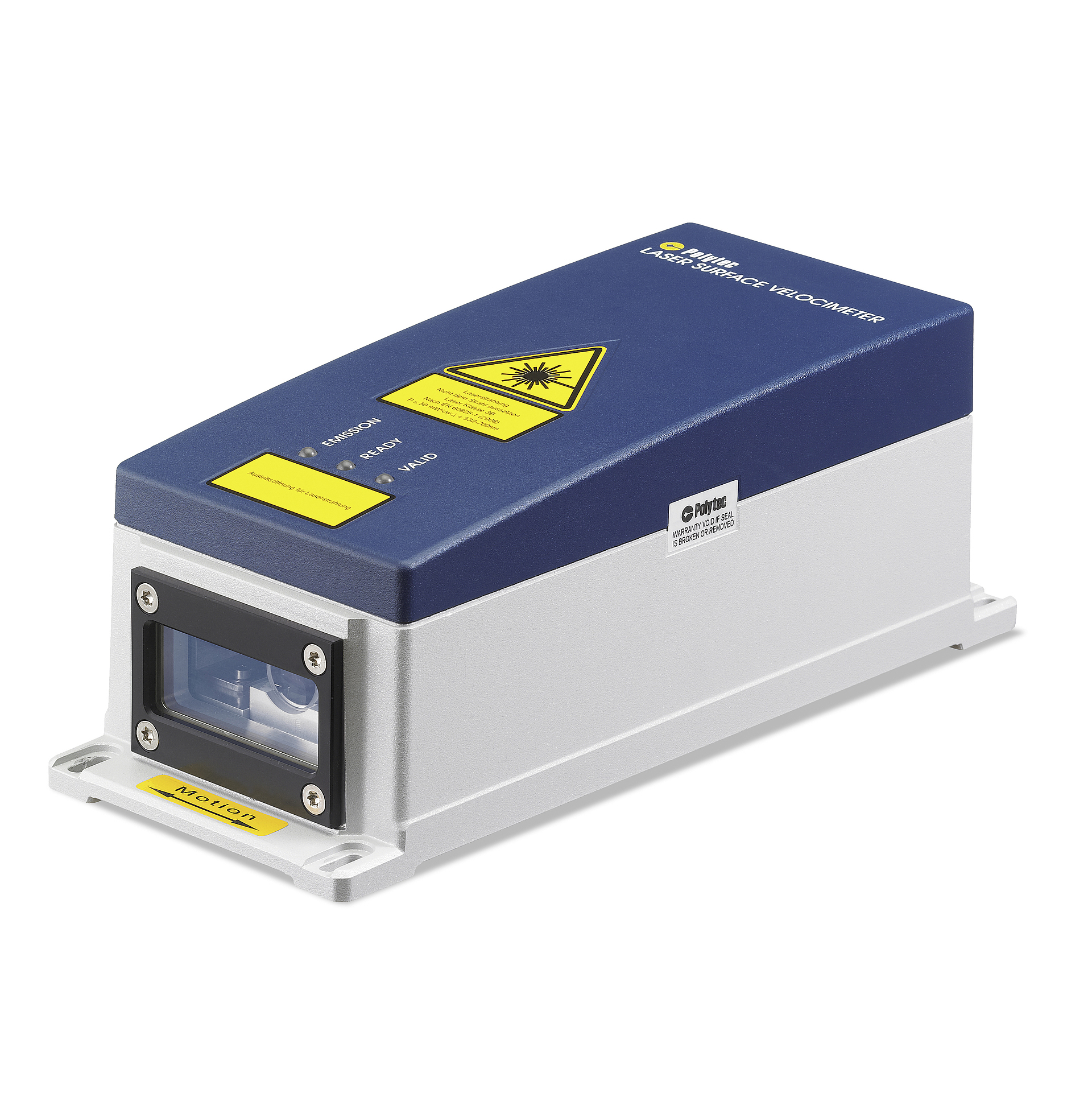